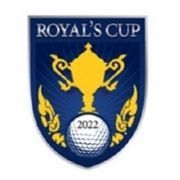 The Royal Cup is a golf tournament on the Asian Tour, played in Thailand.It was played for the first time as a "special event" at the end of December 2017 at the Phoenix Gold Golf and Country Club,Thailand. There was a field of 78 and there was no cut. Prize money was $500,000.The second event was a full Asian Tour event played in July 2018. Prize money was again $500,000. Justin Harding won by 6 strokes with a score of 266.