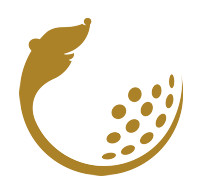 Whenever a third-round leader has a poor final round and fails to win the golf tournament, experts analyze his game and tell us what went wrong. Generally, the conclusion is that his swing or putting stroke changed (as in the case of Dustin Johnson at the 2010 US Open where his spine angle is supposed to have changed) or his inability to handle pressure (which leads to swing and other changes). Conversely, when a 3rd round leader goes on to win the tournament with another good round, experts attribute it to his ability to deal with pressure.

When Mike Weir won the Masters in 2003, expert analysts concluded that Weir had handled the pressure very well. The ‘proof’ of his ability to handle pressure was explained by the fact that he did not take extra time for crucial putts; they pointed out that he took exactly 13.5 seconds for every putt!

When one is ‘in the zone’, every golf stroke is smooth and happens without thinking. When a golfer is in the zone, not only does he know it but the spectators (including those on TV) also sense it. However, a golfer cannot get into the zone whenever he wants to – it just happens.

Does this mean that a golfer who plays well under pressure is always in the zone? If he is not in the zone (Eg: Takes longer for routine shots), can he continue to play good shots?

In the 2010 Women’s British Open, Yani Tseng of Taiwan led Katherine Hull of Australia by 4 strokes at the start of the final round. After 13 holes, her lead was reduced to 1 stroke. She was definitely under pressure – many times she stepped back after addressing the ball, took a noticeably longer time to play even tee shots, etc. She was clearly not in the zone and TV commentators said that she was not able to handle pressure and hinted that her game would fall apart any time. On the final hole, Yani needed to make a 3-foot par putt to win. When she again stepped back and took longer, many would have expected her to miss it. She made the putt (center cup) and won the championship.

The most amazing aspect of Yani Tseng’s game in the last 5 holes (when pressure was highest) was every time she stepped back after address, she regrouped, took her time, and made an excellent swing. This was true of her winning putt too where her putting stroke was smooth.

I believe that a golfer who is able to get good results with good strokes when he is not in the zone is a master in handling pressure. What do you think?